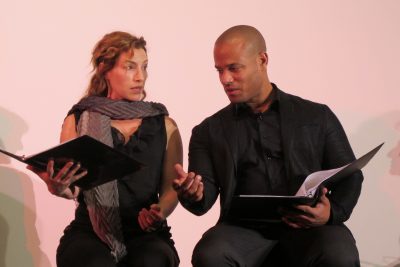 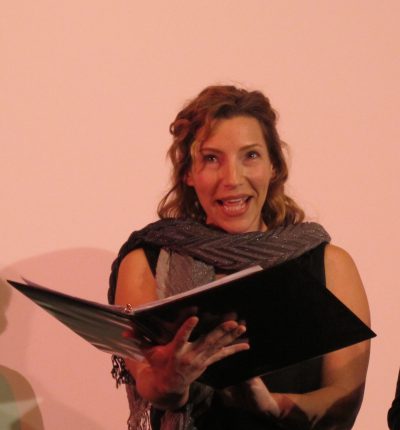 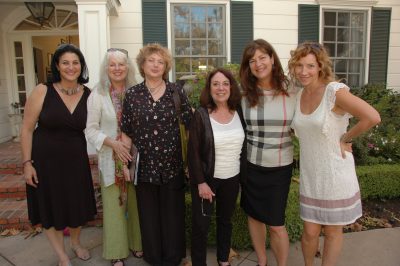 Abby came to JWT in the Fall of 2009, bringing with her top-level creativity, a superb work ethic, excellent organizational skills, and exceptional problem-solving ability.  She quickly helped create the “look” of JWT, put in place systems that are still used today, and offered sage advice to the artistic director, Ronda Spinak. But more than all of these valuable assets she brought to JWT, Abby had a light emanating from within.  She acted with kindness, understanding and joy, and all those she touched, recall her with love and deep affection.

Abby graced the JWT stage many times, but is most remembered for her performances in JWT’s seminal work, STORIES FROM THE FRINGE, where Abby originated the role of the “Young Rabbi,” sharing important true stories from women rabbis on stage for the first time. Abby performed in many productions with JWT.  Every single one of Abby’s castmates and directors loved working with her and enjoyed her generosity of spirit and gifted talent.

In addition to her work for JWT, Abby was the co-founder of AiRealistic, one of the world’s premier site-specific aerial theater ensembles, for which she also choreographed and performed. AiRealistic productions included the aerial component of the Crystal Cathedral’s Creation show, entertainment for the LA Phil’s gala welcome for Gustavo Dudamel, The Warrior and the Girl show for visitors at the Beijing Olympics, projects with Cirque du Soleil, and two Bregenz Opera Festivals in Austria.

While completing a degree in classical theater with high honors from the NYU Tisch School of the Arts, Abby performed off-Broadway in Liz Swados’ “Doonesbury Flashbacks” and “Missionaries” at Playwrights Horizons. After graduation, she got her big break when cast in De La Guarda at the Darryl Roth Theater. She later rose to captain the show, and trained and performed with local castmembers for long runs in Buenos Aires and Seoul.

Abby met Merlin Larsen, a rock climbing guide turned rigger and aerial designer, in the New York production of De La Guarda. Soul mates and creative partners who designed and choreographed numerous aerial performance pieces together, they married in 2006. Son Owen was born soon after, and daughter Julia followed in 2010.

Born and raised in the Boston suburbs, Abby showed an early interest in creative play and participated in choir, dance, and theater. She was president of her high school’s Performing Arts Company and starred in multiple award-winning productions. In addition to attending NYU, she completed MBA coursework at the UCLA Anderson School of Management and was a Fulbright finalist for a project to create aerial tango in Argentina.

Abby died of breast cancer June 1, 2014 at home in Topanga, California. She was 37 years old. A loving, warm, generous, and witty daughter, granddaughter, sister, wife, and mother, she is survived by her husband, son, and daughter, along with her parents, Isabel and Jack Freeman, her sister Cynthia and brother Dan, extended family and many treasured friends and colleagues. A piece about Abby written by her sister, Cynthia Freeman, appeared in the JWT show “Temptation.”

TEMPTED TO BELIEVE by Cynthia Freeman